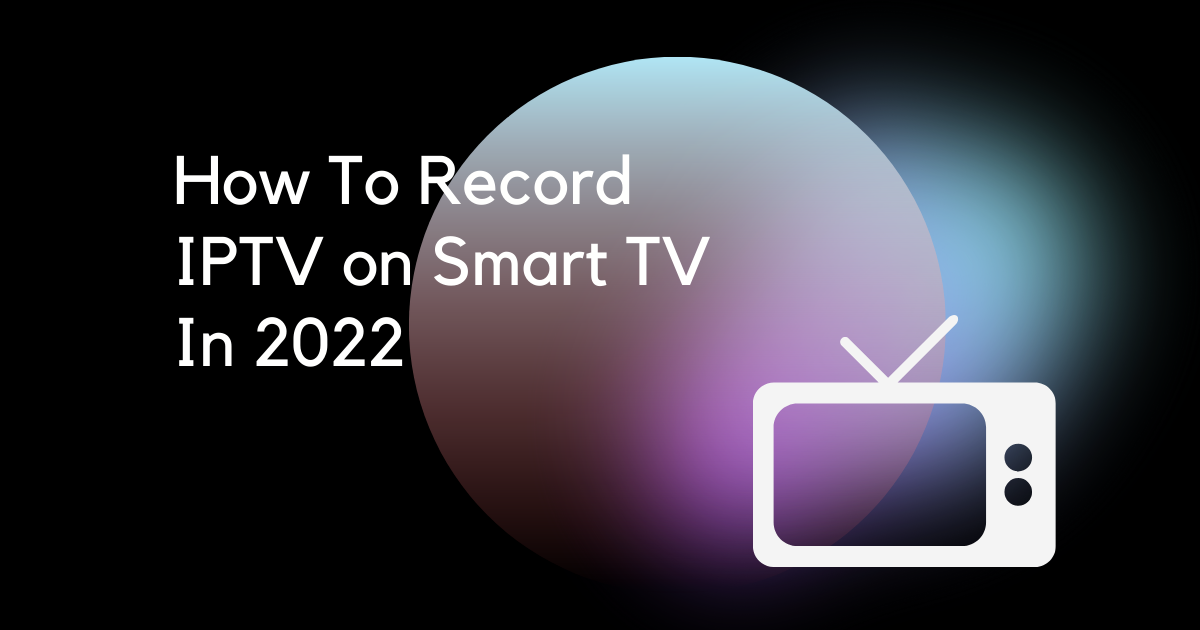 While many users do not need to record TV shows because all on-demand programming is available in the cloud, some may be curious about how to record IPTV. On-demand networks make it harder to find broadcasts such as sports, news, special events, and everyday shows.

One of the primary issues with IPTV or Internet protocol television streaming companies is that their library of TV series and movies is continuously updated. There is no assurance that you will see the show from start to finish because they may delete it from their repertoire and replace it with something newer. This is where IPTV recording comes in helpful.

The majority of IPTV player apps support recording. So recording IPTV content is a matter of figuring out where are the recording app or buttons are. If you use an app to stream IPTV channels that don’t record, find an app that does. Some of them are given below.

These days, Various popular media streaming devices come with recording features built-in. If your media streamer doesn’t have a dedicated app for recording the IPTV content you want to record, the crafty way to do it is by connecting a USB stick and using the built-in feature.

IPTV Recording: Is It Legal?

Not all IPTV content is legal to record. Even with a subscription, you’ll want to make sure that you’re not recording anything illegal.

That is why we recommend using a VPN so that you can bypass the streaming.

Why VPN is a necessity?

Using a good VPN is recommended to record IPTV contents on your smart tv. The importance is of followings-

When the server of your VPN connection is close to your location and free from congestion, you can expect fewer problems with streaming.

Throttling limitations are typically established by the ISP. These are essentially maximum streaming speed caps, and they are quite popular in the case of IPTV providers.

VPN connections allow you to bypass the speed constraints imposed by your ISP and browse with limitless bandwidth and speed.

Sometimes, you’ll find a streaming service that doesn’t operate in your region. If you use a VPN (a virtual private network), it may seem as though you’re living in a different region, which will allow you to unblock the content.

Careful preparation is the key to a successful recording session.

Hopefully, we’ve clarified why you should record IPTV service content. To protect yourself, stay anonymous, and get the most out of your viewing experience, using a VPN is critical. Most IPTV provider almost always advises their clients to use or at least try VPN services for better streaming quality. As streaming services require a steady bandwidth and streaming apps that VPNs like Strong VPN have built in them.

There are many benefits to recording IPTV service content and you’re no doubt excited to get started. Let’s work together to make that happen!

Can you record iptv from a Samsung Smart TV?

As you may have gathered, Samsung has conveniently omitted a hard disk drive from their new range of television sets. Therefore, if you wish to record iptv channel on the machine, you will need to purchase an external hard drive and connect it to your set.

The good news is that this can be achieved with a simple USB cable (it’s included). Once you have connected the external HDD to your television, press Guide on your remote control while watching a Freesat channel and select Schedule Recording.

Can I record off a Firestick?

Go to the app store on your Fire TV stick, and install Screen Recorder. Follow along the given options in the tv screen…Open it up, and click on Start Recorder. Now, a prompt will pop up on your screen. Pick “Start Now” to begin recording! Navigate through your device how you want: streaming shows, etc.

What if I don’t have enough built-in storage?

Use HDMI splitters and capture cards to let you record directly to your computer hard drive. HDMI capture cards and large-capacity USB flash drives will expand the storage of the Fire TV Stick without connecting it to a computer.

Future of IPTV: Is IPTV The Future of Television?

How To Install Ckaytv on Firestick In 2022

Roku IPTV: How to Download, Install, and Setup IPTV on Roku

Difference Between IPTV and VOD

DUE TO SOME UNAVOIDABLE CIRCUMSTANCES
WE HAD TO STOP OUR FREE TRIALS.
KINDLY CONTACT US SO THAT WE CAN PROVIDE 10% DISCOUNT ON OUR
HALF YEARLY / YEARLY PLANS